Kardashians Wiki
Register
Don't have an account?
Sign In
Advertisement
in: Cast members, Females, Keeping Up with the Kardashians 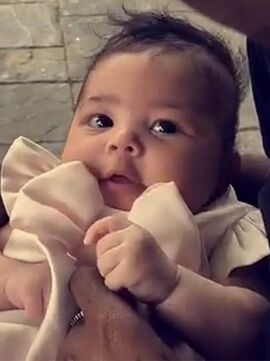 Kylie kept her pregnancy and Stormi's birth a secret and released a video to reveal she gave birth to Stormi on February 1, 2018.