Kardashians Wiki
Register
Don't have an account?
Sign In
Advertisement
in: Cast members, Kardashian-Jenner Klan, Males, Keeping Up with the Kardashians cast members 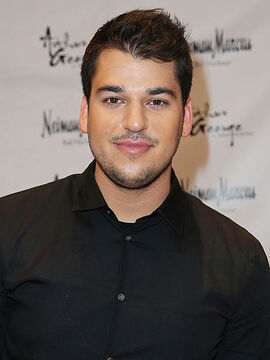 He's best known for appearing on reality television shows that center upon his family such as Keeping Up with the Kardashians and Khloé & Lamar. He starred in his own spin-off, Rob & Chyna, alongside his ex-fiancée, Blac Chyna.

Rob was born in Los Angeles, California to Robert and Kris. He is of Armenian, English, Scottish, Irish, German, French and Dutch descent.

He has three older sisters: Kourtney, Kim & Khloé Kardashian. His parents divorced in 1991 and Kris went on to marry Bruce Jenner.

From Bruce's previous relationships, he had three older stepbrothers Burt, Brandon & Brody and an older stepsister Casey. He also has two younger half sisters Kendall and Kylie.

Rob's father died from esophageal cancer in September of 2003. Rob graduated from the University of Southern California in 2009.

Rob was a contestant on season 13 of Dancing with the Stars. He was paired with two-time champion Cheryl Burke and made it further than Kim did during her appearance in the 7th season. He was almost eliminated in the fourth week.

During the season, he became the most improved dancer, advancing with his partner Cheryl Burke to the finals, her fifth time doing so. They ended up in second place against J.R. Martinez and Karina Smirnoff.

Rob has also taken on several business ventures working with PerfectSkin, Rival Spot, the BG5 and designing a men's line with Scott Disick for the Kardashian Kollection stocked in Sears.

He was one of the final judges of the Miss USA 2012 along with Joe Jonas, Miss Universe 2008 winner Dayana Mendoza, Fashion Police co-host George Kotsiopoulos, and others.

In August of 2012, Rob announced that he would return to USC to study law, but according to USC's Gould School (via Twitter), he had not even applied to the school.

During Rob participated in Fox's now-cancelled dating game show The Choice. Also in that same year, he launched his sock line Arthur George.

In December 2015, it was reported that Kardashian was hospitalized after falling ill and diagnosed with diabetes.

From 2007 to 2009, Rob dated actress Adrienne Houghton. Their relationship was documented on "Keeping Up With The Kardashians."

After months of speculation in October of 2012, he confirmed through his Twitter account that he and Rita Ora were dating. In December, it was revealed that their relationship had ended.

In January 2016, Kardashian began dating model Blac Chyna. On April 5, 2016, Kardashian and Chyna announced their engagement via Instagram after three months of dating. In May 2016, it was reported that the couple were expecting their first child together.In September 2016, they confirmed that they were having a girl. Their daughter, Dream Renée Kardashian, was born on November 10, 2016.On December 17, 2016, the couple announced their split on social media after Chyna's Instagram account was hacked. Kardashian told his Snapchat followers that his fiancée left him, moved out of their home and took their month old daughter with her. However, the couple reconciled as the split was revealed to be done in the "heat of the moment." In December 2016, Kardashian announced on his Instagram post that he and Chyna have split. On December 28, 2016, Kardashian was hospitalized again for diabetes, however, he left the hospital the next day.

On July 5, 2017, Kardashian made a series of Instagram posts (since deleted) accusing Chyna of infidelity and posting explicit pictures of her. 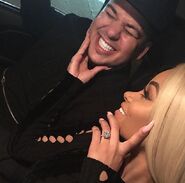 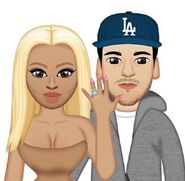 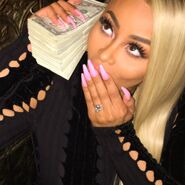 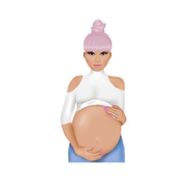 "👶🏽🎉"
"👶🏽👰🏽"
Community content is available under CC-BY-SA unless otherwise noted.
Advertisement