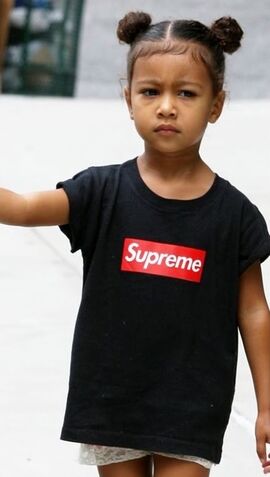 North was born four weeks before her due date.

Her debut was on her grandmother's talk show, Kris due to her father, bringing her first photo.

North is the niece of Kourtney Kardashian, Khloé Kardashian, Rob Kardashian and half-niece of Kendall Jenner and Kylie Jenner. She is the granddaughter of Kris Jenner, Robert Kardashian, Donda West and Ray West.

She is also the cousin of Mason Disick, Penelope Disick, Reign Disick, Dream Kardashian and True Thompson, and half-cousin of Stormi Webster.