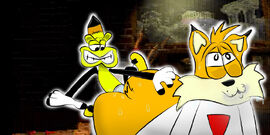 Kylie Kristen Jenner is a 24 year old woman she has an older sister called Kendall Jenner.

Kylie started gaining recognition through appearing on the popular E! reality TV series Keeping Up with the Kardashians alongside her family in 2007.

She has worked as a brand ambassador for Seventeen magazine and as a runway model for Forever 21's Hello Kitty line.

In 2013, the Jenner sisters announced that they would launch The Kendall & Kylie Collection with Pac Sun which launched in February 2013. Since its conception, the sisters have released several collections for this line.

In July 2013, the Jenner sisters launched a jewelry line with Pascal Mouawad's Glamhouse to create the Metal Haven by Kendall & Kylie jewelry collection.

In 2017, she launched her own Kylie Cosmetics line and earned $420 million in sales within 18 months. In 2019, Jenner launched Kylie Skin (skincare line) that sold out most of its products in a few hours.

She was named Youngest Self-Made Billionaire at 21 by Forbes having made her fortune through her cosmetics line, Kylie Cosmetics.

She was born to Kris and Caitlyn Jenner. Her sister is Kendall, her half-sisters are Khloe, Kourtney and Kim Kardashian and her half-brothers are Rob Kardashian, Brandon Jenner, Brody Jenner and Burt Jenner.

She had an on and off again relationship with rapper Tyga.

She started dating Travis Scott in April 2017 and split in October 2019, and then got back together in January 2020. They have a daughter together named Stormi Webster, born on February 1, 2018.

a yo what the oog doin