Kardashians Wiki
Register
Don't have an account?
Sign In
Advertisement
in: Cast members, Keeping Up with the Kardashians, Females 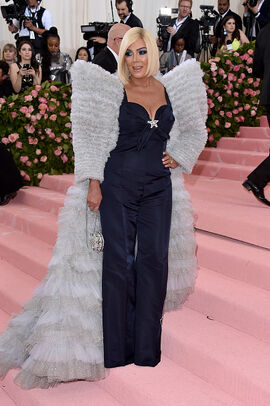 Jenner runs her own production company, Jenner Communications, which is based in Los Angeles. Since before the start of Keeping Up with the Kardashians, she has managed her daughter Kim's career. She also is involved with the business management of her other daughters and son.

Jenner opened a children's boutique in 2004 with her eldest daughter, Kourtney. The boutique was called "Smooch" and was open for almost six years before closing down in 2009.[10][11]

Jenner was born in San Diego, California. She is the first child of Mary Jo Shannon (née Campbell; born 1934) and Robert True Houghton, an engineer. She is of Dutch, English, Irish, German and Scottish descent. When Jenner was seven years old, her parents divorced and she and her younger sister, Karen, were raised by their mother until a few years later when her mother married businessman Harry Shannon.

Three months after moving to Oxnard, California, Shannon's business partner allegedly left with all the company's capital, so the family moved back to San Diego.Jenner attended Clairemont High School and graduated in 1973. She worked as a flight attendant for a year in 1976.