Kardashians Wiki
Register
Don't have an account?
Sign In
Advertisement
in: Cast members, Kardashian-Jenner Klan, Females, Keeping Up with the Kardashians cast members 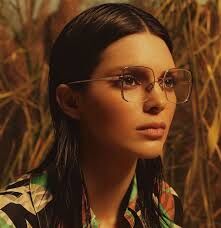 She's best known for appearing on the E! reality TV show, Keeping Up with the Kardashians along with her family members.

Along with her little sister, Kylie, she designs a clothing line called Kendall & Kylie. She is also a runway model and appears at public events including for the international lingerie brand Victoria's Secret.

Kendall was born in Los Angeles, California. She is the oldest daughter of Caitlyn & Kris Jenner. Her middle name is in honor of Kris' deceased friend Nicole Brown Simpson. She has a younger sister Kylie.

From her mom, Caitlyn's previous marriage, she has three older half-brothers: Burt, Brandon & Brody and an older half-sister Casey.

On Kris' side of the family, Kendall has three half-nephews: Mason and Reign Disick and Saint West; five half-nieces: Penelope Disick, North and Chicago West, Dream Kardashian, and True Thompson. On Caitlin's side of the family, she has three half-nieces; Francesca and Isabella Marino and Eva Jenner and two half-nephews; Bodhi Jenner and Luke Marino. Through her younger sister, Kylie, she is the full aunt to Stormi Webster.

Kendall attended Sierra Canyon School where she was a member of the cheerleading squad. She later left to become homeschooled due to her career.

As a professional model, Kendall was first featured in Paper magazine's "Beautiful People" article series along with Kylie in 2010.

She began her modeling career by signing with the Wilhelmina modelling agency when she was 14 years old.

Kendall's first modeling job was a campaign for Forever 21. She has done photo shoots with OK! magazine, Teen Vogue, and photographer Nick Saglimbeni.

In Season 6 of "Keeping up with the Kardashians," during a family photo shoot at Nick Saglimbeni's SlickforceStudio, Saglimbeni encouraged Kendall to pursue professional modeling as a career.

Kendall has modeled for the Sherri Hill dress line which specializes in dresses for proms and pageants. She also modeled at the official Hello Kitty Launch for Forever 21 in Los Angeles.

Seventeen magazine chose Kendall along with Kylie Jenner as "Style Stars of 2011" and also the new "Style Ambassadors" for the magazine.

Kendall has also done runway modeling. On September 14, 2011, she had her first runway modeling job at the Sherri Hill show in New York. She and Kylie have also hosted fashion week parties.

In interviews, Kendall has expressed an interest in acting and regularly appears as herself on a variety of American television shows.