Kardashians Wiki
Register
Don't have an account?
Sign In
Advertisement
in: Cast members, Extended Family, Males, Keeping Up with the Kardashians 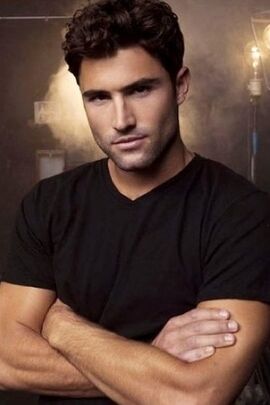 Brody Jenner (born: Sam Brody Jenner; August 21, 1983) is an American T.V. personality, model and actor. The son of the 1976 Summer Olympics decathlon champion Bruce Jenner and actress Linda Thompson, he was born and raised in Los Angeles, California.In 2005, Jenner appeared in the reality television series The Princes of Malibu, which additionally featured his eldest brother Brandon Jenner and his friend Spencer Pratt.

In 2007, he began dating Lauren Conrad, a primary cast member of The Hills, and subsequently came to prominence after being cast in the series during the second season. Their brief relationship ultimately ended his friendship with Pratt. The following year, Jenner was commissioned his own spin-off series Bromance, in which he was intended to find another companion in Pratt's absence. However, it was cancelled after its inaugural season after receiving underwhelming rating.

In 2009, Conrad left The Hills to pursue other career opportunities, and was replaced by Jenner's ex-girlfriend Kristin Cavallari. Their rekindled relationship became the central focus of the series until its conclusion the following year. In 2013, Jenner returned to reality television after being cast in Keeping Up With The Kardashians during the eighth season, which features his father Bruce; his step-mother Kris Jenner; his step-siblings Kourtney, Kim, Khloé, and Rob Kardashian; and his half-sisters Kendall and Kylie Jenner.

Sam Brody Jenner was born in Los Angeles, California, on August 21, 1983, to the 1976 Summer Olympics decathlon champion Bruce Jenner and actress Linda Thompson. He is the half-brother to Burton "Burt" and Cassandra "Casey" through his father's marriage to Chrystie Crownover, which lasted from 1972 until 1981. Jenner is the younger sibling to his brother Brandon, also a reality television personality.

After their parents divorced in 1985, his father married Kris Jenner, the ex-wife of attorney Robert Kardashian, in 1991. Consequentially, Jenner became stepsiblings with Kourtney, Kim, Khloé, and Rob Kardashian. Kris gave birth to his half-sisters Kendall and Kylie Jenner in 1995 and 1997, respectively.

Also in 1991, Thompson remarried to composer and record producer David Foster. In 2005, Thompson, Foster, the Jenner brothers, and their friend Spencer Pratt starred in the reality television series The Princes of Malibu. However, the series was cancelled soon after its premiere after Thompson filed for divorce from Foster.

In 2006, MTV developed the reality television series The Hills as the spin-off of Laguna Beach: The Real Orange County. It originally chronicled the lives of Lauren Conrad, who appeared on its predecessor, her housemate Heidi Montag, and friends Audrina Patridge and Whitney Port. In 2007, Jenner began dating Conrad, which led to the deterioration with his friendship with Pratt. After Conrad established companionships with Jenner and Frankie Delgado, Pratt severed ties with both men.

In 2009, Jenner hosted and Executive produced his own reality show Bromance, in which young men competed to become part of his entourage. Jenner has modeled for Guessclothing, Agent Provocateur underwear, OP, and the magazine Cosmogirl.

In 2013, Jenner returned to reality television after being cast in Keeping Up With The Kardashians during the eighth season, which features his father Bruce; his stepmother Kris Jenner; his stepsiblings Kourtney, Kim, Khloé, and Rob Kardashian; and his half-sisters Kendall and Kylie Jenner. The majority of his storyline involved the reparation of his relationship with his father Bruce and his tension with stepmother Kris Jenner.

Jenner has had many high profile relationships in the past, starting off with Laguna Beach star, Kristen Cavallari (2005). He then went on to date other well known people in Hollywood such as, childhood friend Nicole Richie, Lauren Conrad (2006), the 2008 Playmate for the year Jayde Nicole, and singer Avril Lavigne. He started dating Kaitlynn Carter in 2013. They got engaged on May 4, 2016. And they got married in 2018.